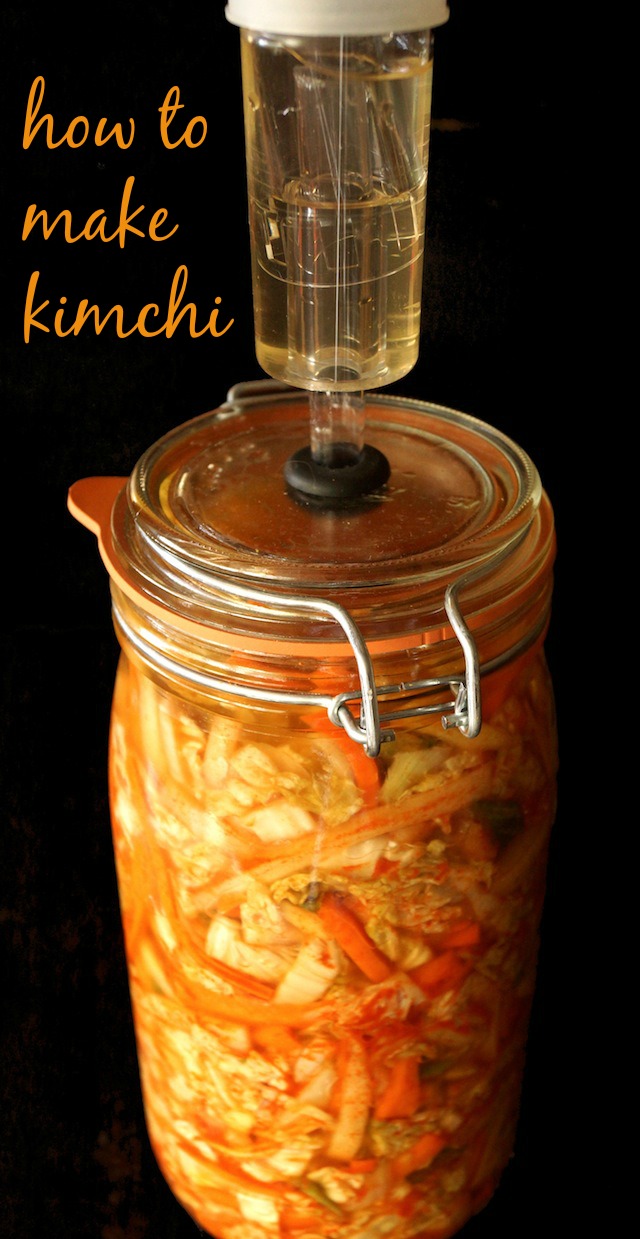 Making Kimchi has been on my culinary bucket list for years.  (Everyone has that list, right?) I think it’s definitely something many of us think of as a daunting task — at least I did.

So I was thrilled with Melissa’s Produce invited me to be a part of  Chef Ernest Miller’s food preserving class. Chef Miller — sometimes referred to as the Huell Howser of California food — is also a historian, educator, consultant and speaker — he not only teaches in kitchens, but also in museums and schools. 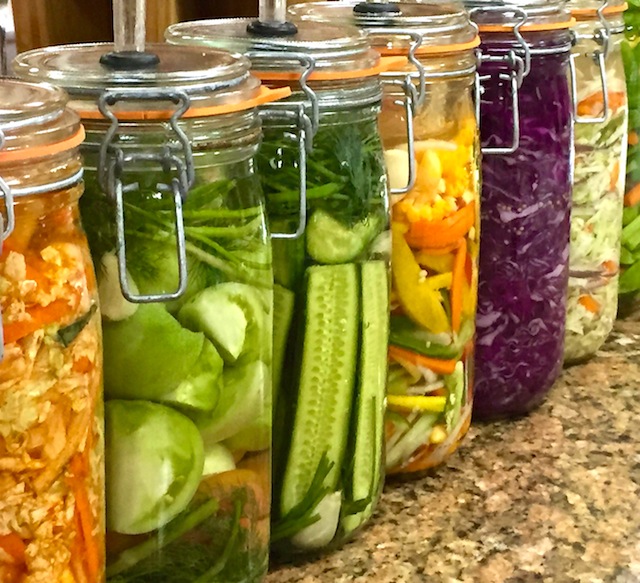 Where does Kimchi come in?  Well Chef Miller is the lead instructor for the Master Food Preservers of Los Angeles County and the founder of Rancho La Merced Provisions, through which he invented the best fermentation kit on the market — the Air-Lock Lacto-Fermentation Kit.  You really need a kit like this to make Kimchi and other fermented foods properly at home.  There’s a whole lot of science to this — in fact, I felt like I was in a lab of some sort while we were preparing the Kimchi. 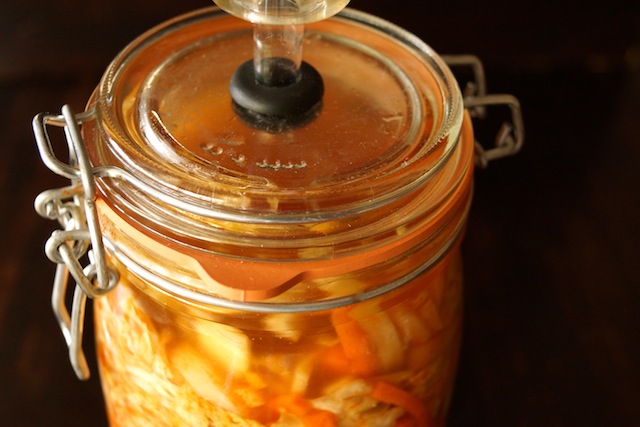 Kimchi is the national dish of Korea and it refers to a variety of pickled vegetables which are typically consumed daily, at almost every meal.  This was originally a way to preserve vegetables for the winter months, and the average Korean consumes nearly 40-pounds of kimchi per year.

Some super cool things I learned from Chef Miller: 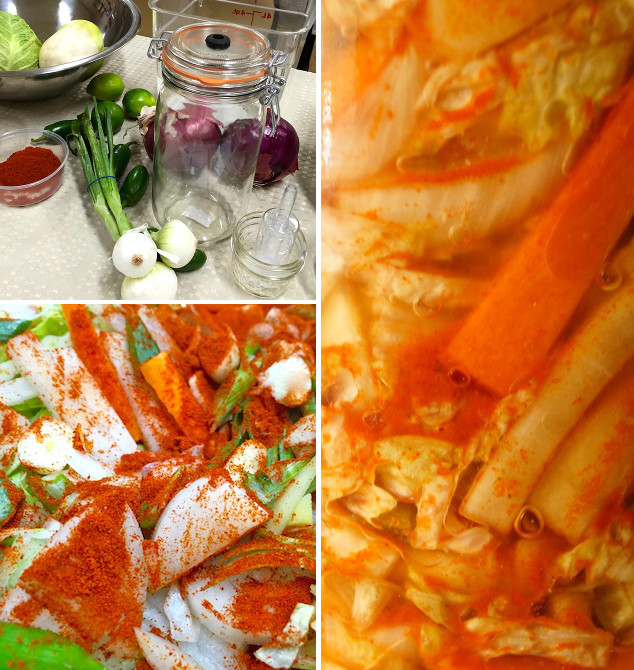 Top left:  The ingredients and the Air-Lock Lacto-Fermentation Kit | Bottom Left: Preparing the vegetables | Right: After about 1 week of fermenting 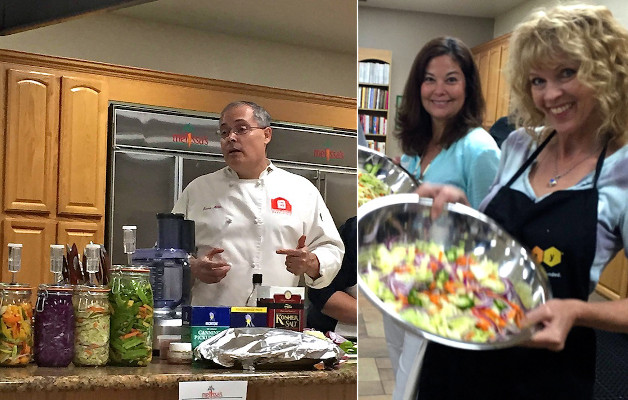 Left: Chef Ernest Miller | Right:  Two of my favorite food blogger friends: Priscilla of She’s Cookin‘ and Cathy of She Paused for Thought 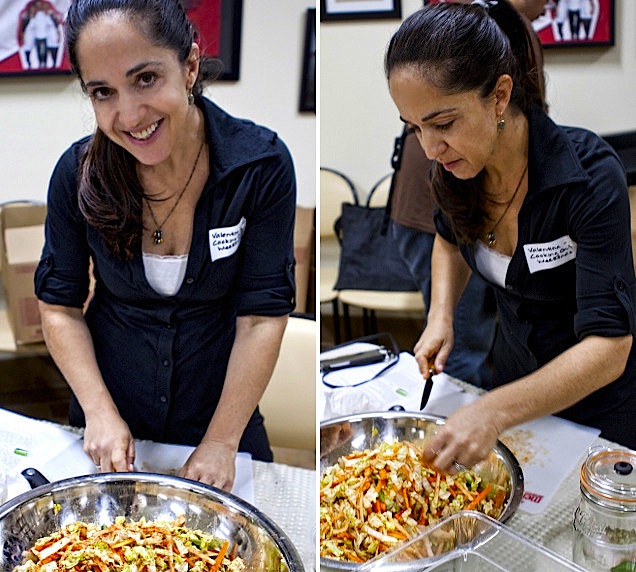 Here I am prepping away.  Photo credit: Cathy Arkle

Thank you to Melissa’s Produce for another amazing event.  Robert Schueller, this was one of the best — so educational and so much fun!

If you’ve never fermented foods before, I think you’ll be amazed at just how easy it can be.

Below is Chef Miller’s recipe.

This is not a sponsored post.  I’m a huge Melissa’s Produce fan and have working with them for a few years now, and I was given the Air-Lock Lacto-Fermentation Kit from Chef Miller to try it out. 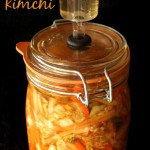 At temperatures lower than 60 degrees F, the Kimchi may not ferment. Above 80 degrees F, it may become too soft.

Fully fermented Kimchi can be kept in the refrigerator, tightly covered for several months.