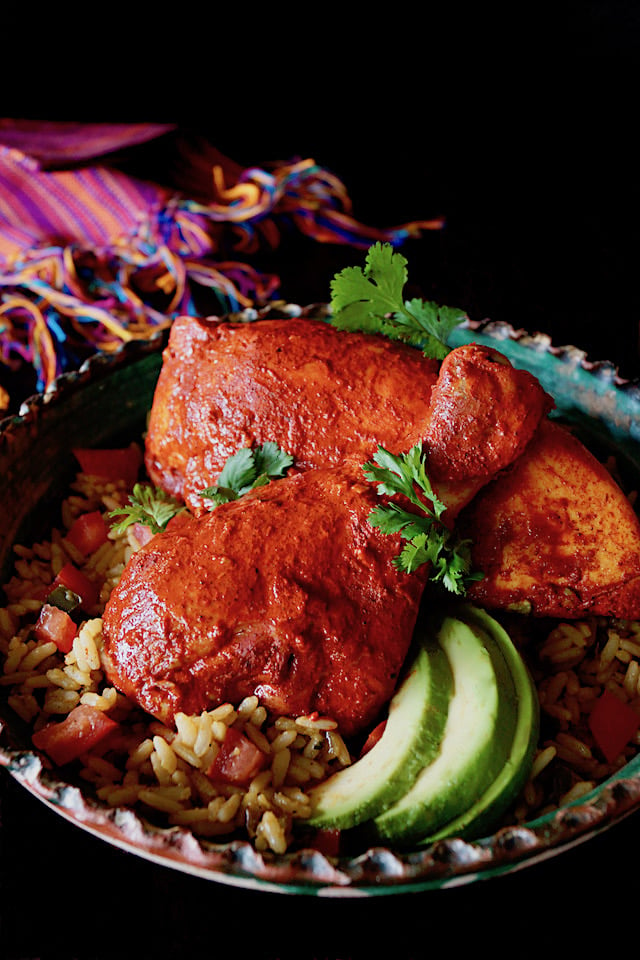 I’m not an authority on Mexican cuisine — a local in Loreto, Mexico gave me a rough idea of ingredients and instructions for this dish.

Last weekend I was in Loreto, Mexico. My cousins have a home there, and I visited for the first time. It was nothing short of dreamy!

The weekend consisted of relaxing, paddle boarding, eating some of the best Mexican food ever, shopping in charming stores, and then some. Like I said . . . dreamy!

One of my favorite shops was Semillas y Especias el Gavilan, which translated means “Seeds and Spices Sparrow Hawk.” Gabriel Vazquez owns and runs the shop, which isn’t just full of seeds and spices. This tiny shop also holds the largest dried pepper selection in Loreto.

You can find out all about Gabriel, and how the store got its interesting name here. 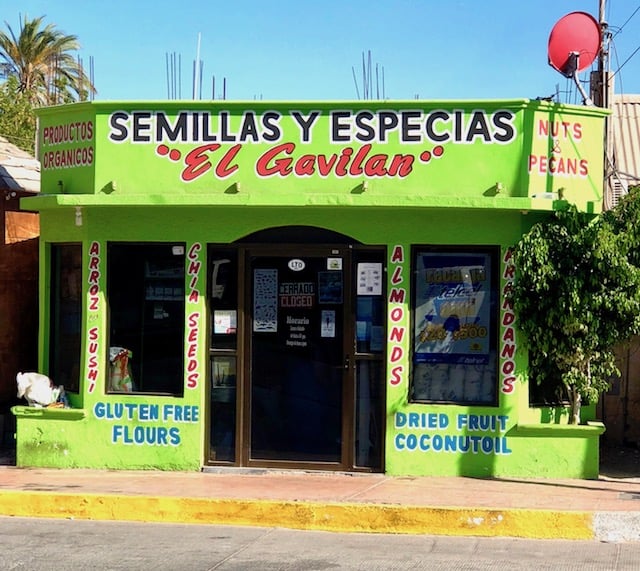 The variety of spices and dried peppers was exciting.

The Guajillo chile peppers were such a pretty, deep red color that I had to get some. I asked Gabriel what he cooks with them, and he started telling me about a chicken recipe he makes for his friends. 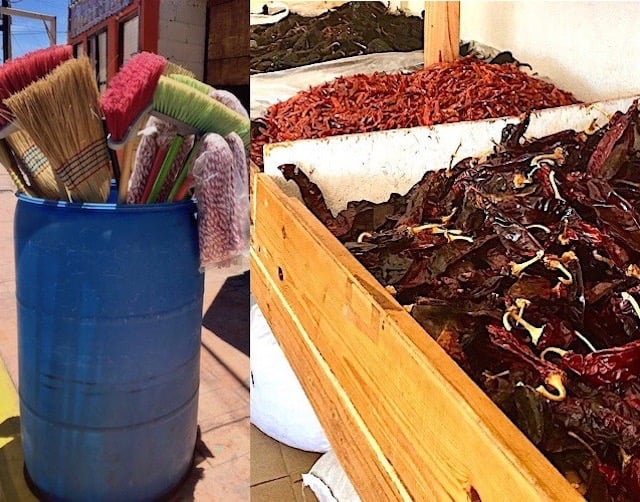 I loved the look of these brooms outside Gabriel’s store, and of course, the pretty Guajillo chile peppers.

Gabriel immediately grabbed the achiote paste off another shelf, and off the top of his head, he described what I’m calling Marinated Achiote Chicken Recipe.

I was hanging on his every word as he so kindly, generously shared his creation with me. When he mentioned adding orange juice, I was in. I imagined how delicious that tangy sweetness would be with the smoky guajillo peppers and the achiote paste. 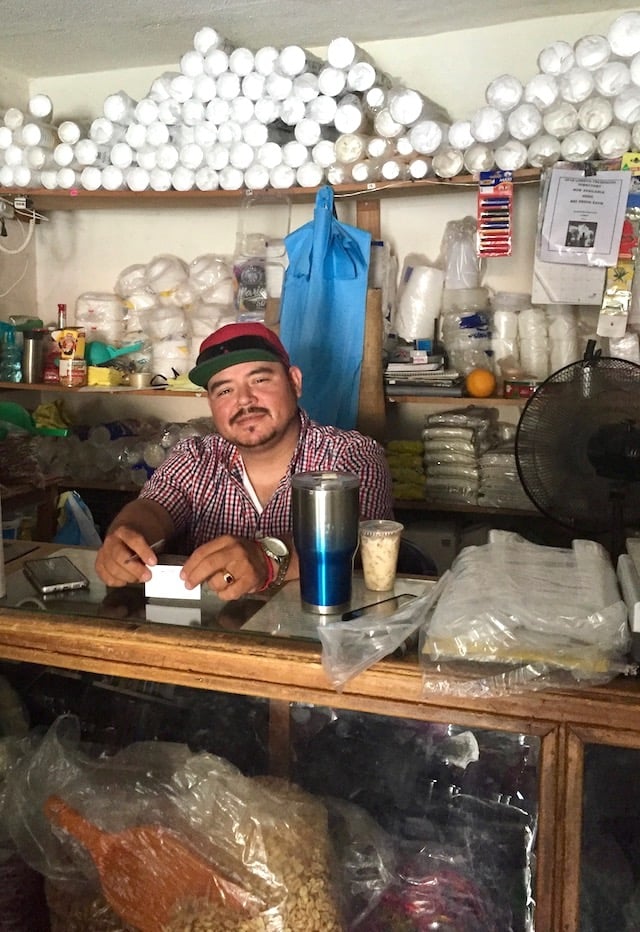 What are Guajillo Chile Peppers? 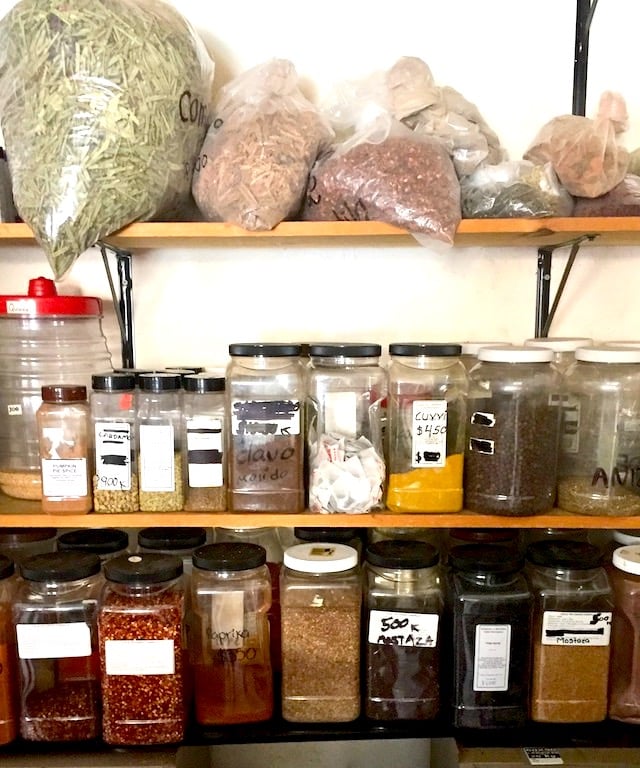 Some of the dozens of spices that line the shelves in Semillas y Especias el Gavilan.

What is Achiote Paste? 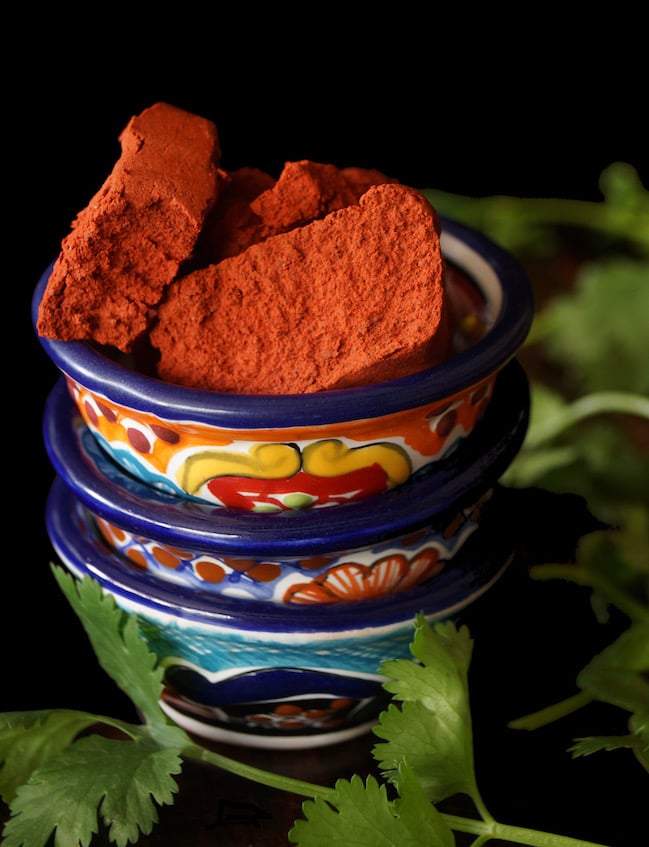 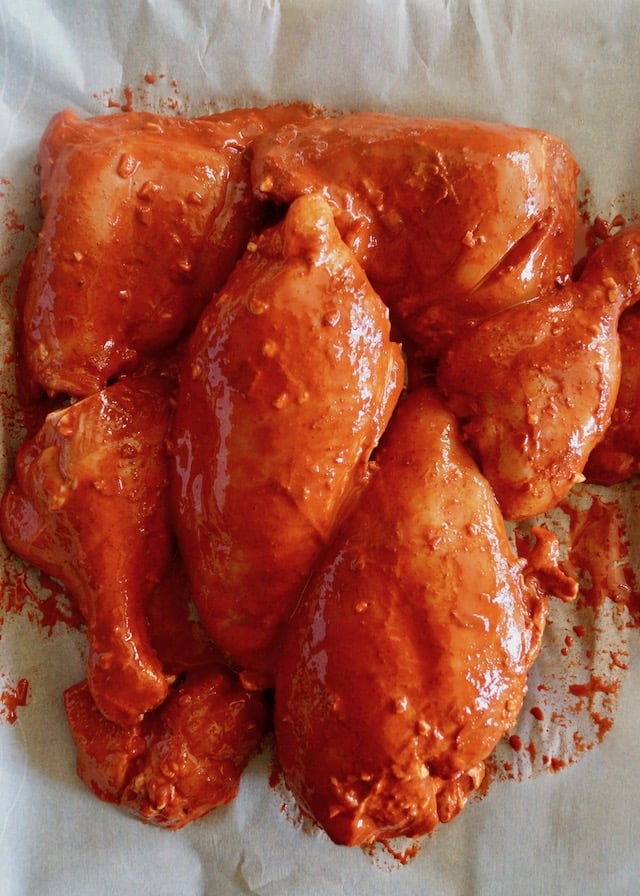 Truth be told, Gabriel sold me a second type of dried pepper that was meant to be in the recipe, but by the time I got it home I couldn’t remember what it was called, so I omitted it. (GASP!)

Gabriel, what was it!? Please tell me in the comments! 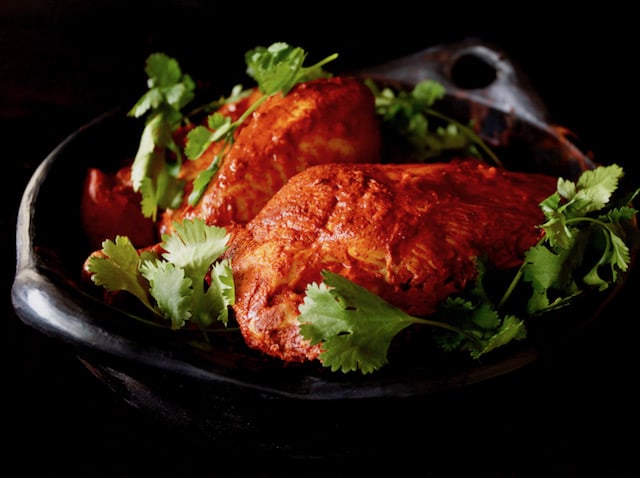 I baked the chicken in my Chamba pottery baking dish — it can go on the fire, in the oven, and is beautiful to serve in.

I seriously encourage you to make this Marinated Achiote Chicken recipe (Pollo Pibil). It is truly out of this world! I’ve been home less than a week and have made it twice already! Really! 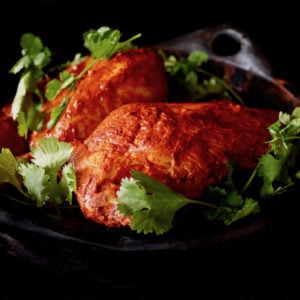 Keywords Marinated Achiote Chicken Recipe, unique chicken recipes
Have you tried this recipe?I'd love to see it on Instagram! Tag me at @cookingontheweekends or leave a comment & rating below. 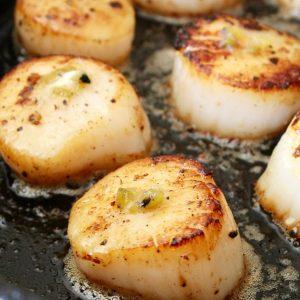 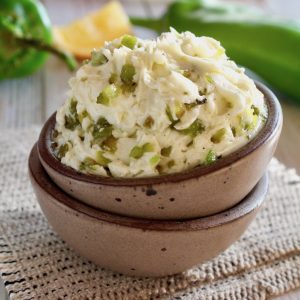 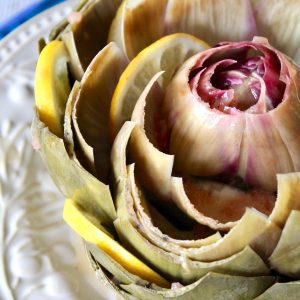 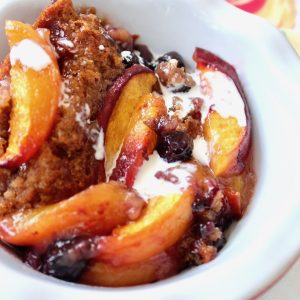