Oh my goodness, this Caramelized Apple Brie appetizer recipe is so dreamy! Packed with fresh flavors and comforting textures, you won’t be able to get enough! The melted brie combined with the sweet apple will lure anyone in. 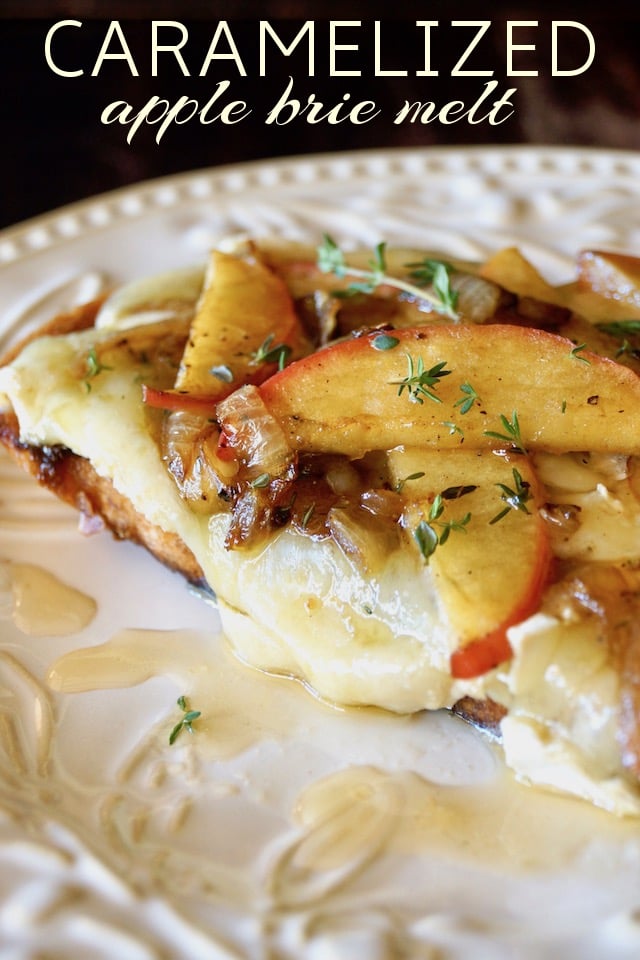 My kids had a couple of (hungry) friends over the other day. Since everyone had been eating Thanksgiving leftovers for a few days, I thought I’d mix it up a little.

When I looked in the refrigerator, behind the turkey and stuffing, I spotted a nice wedge of brie cheese. I immediately thought of creating a new, delicious brie melt recipe. 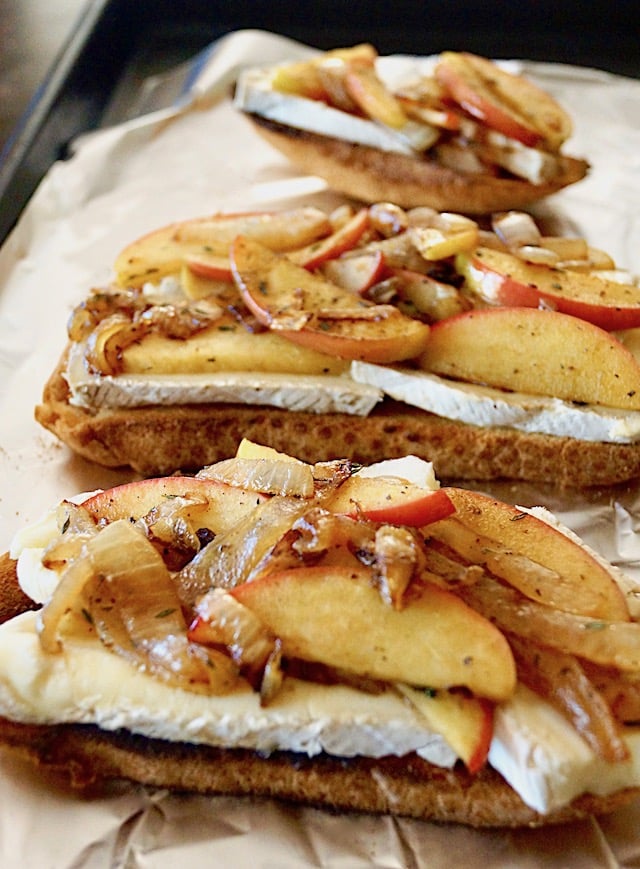 My goal is generally to make recipes that are loved by both kids and adults alike.

My fruit and onion bowls on the counter were pretty full, and I knew right away the red skin of the apples would be a pretty addition. And beyond that, I knew caramelizing onion and apple would be super tasty! Furthermore, I was certain everyone would love it!

And so the Caramelized Apple Brie Melt Recipe was born. 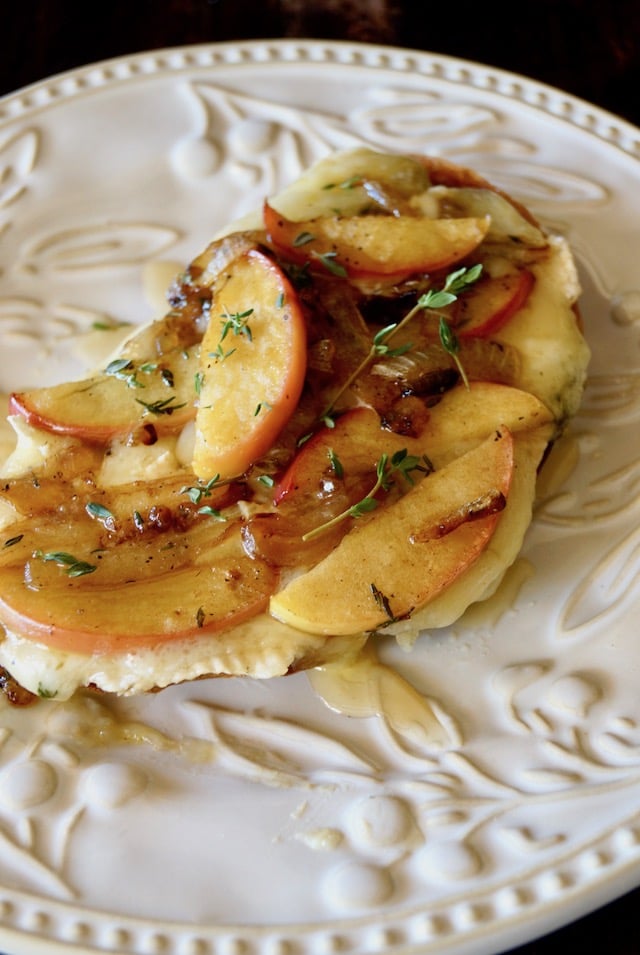 (Super detailed instructions are below.) 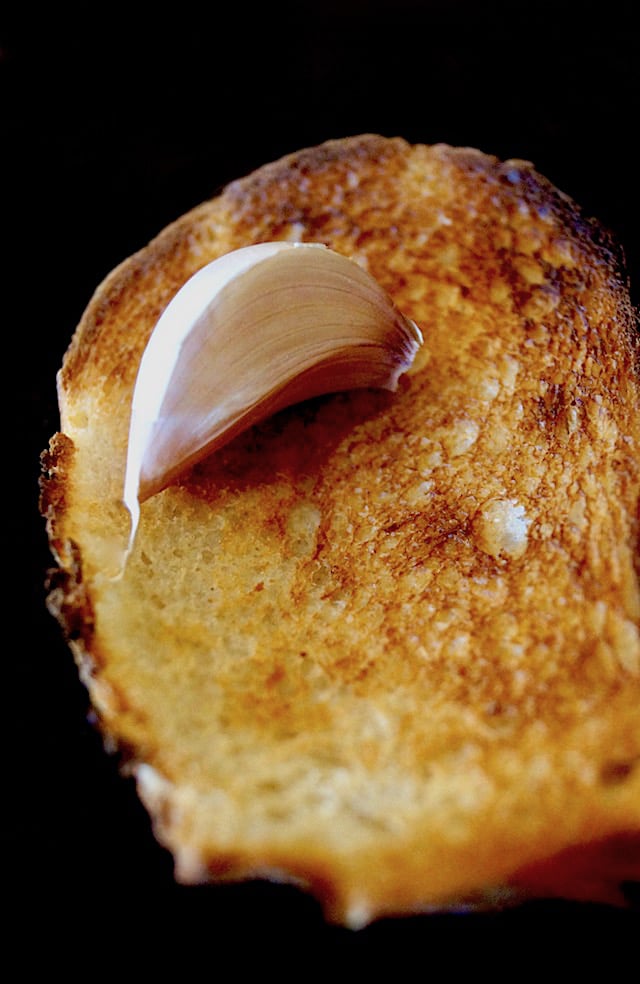 Fresh thyme leaves brighten the recipe, and the final touch on the apple brie melt recipe is a drizzle of honey — just enough to bring it all together and make it extra special.

This Caramelized Onion Apple Brie Melt Recipe was lunch for the kids, and yes, they devoured it. I did too. Success! 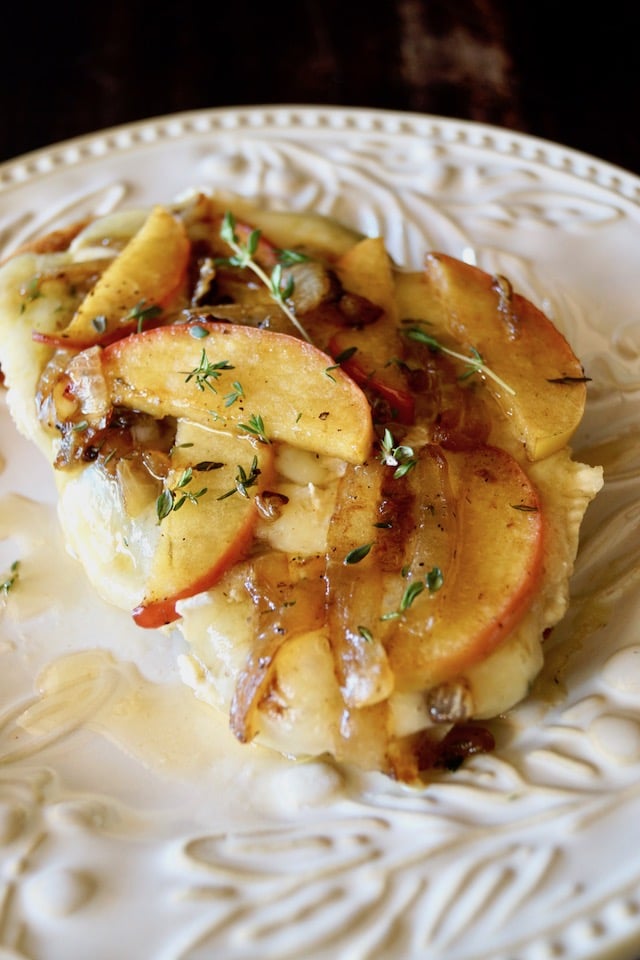 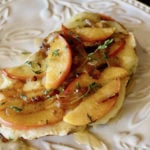 Packed with fresh flavors and comforting textures, you won’t be able to get enough!