This beautiful and delicious Red Goddess Dressing and Sauce is made with vibrant red peppers, red onion, garlic, fresh herbs and spices. It can also be used as a marinade and it will turn anything it touches into pure deliciousness! 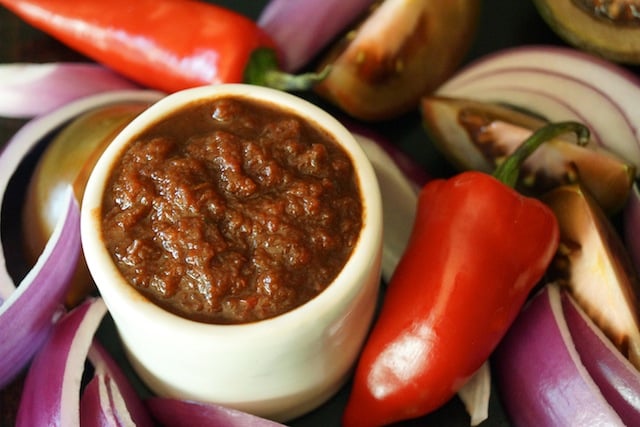 I thought I was brilliant when this idea popped into my head, though after googling it, turns out I’m not the first person to think of it — in fact seems I might the two millionth or so.  😉 Ha!

I didn’t explore too much to see what other people are doing in their Red Goddess recipes — I was inspired to create a super tasty blend of fresh ingredients, that are mostly red in color — and that could be used as a dressing, sauce and even a marinade.

After all, most red — or reddish — foods are packed with delicious flavor. A huge variety chile peppers, tomatoes, all sorts of berries, blood oranges, plums, onions, grapes/wine, and the list goes on (and on). 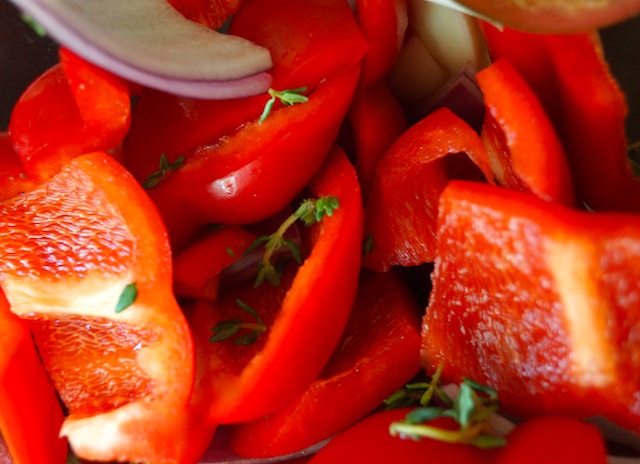 How to use Red Goddess Dressing or Sauce

Check out this Red Goddess Marinated Flank Steak — it’s divine! In the recipe, the Red Goddess Dressing is used as both a marinade and a sauce. 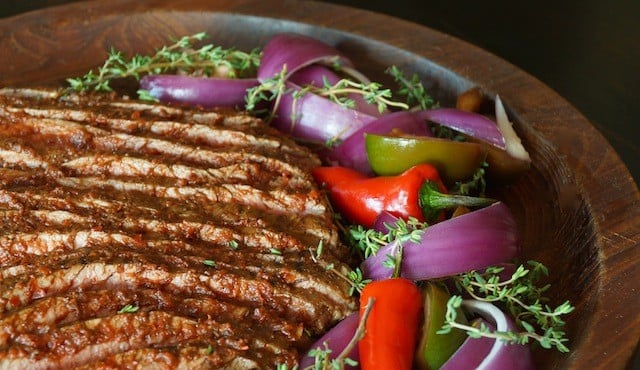 How to Make Red Goddess Dressing or Sauce

More detailed instructions are below.

I’ve always heard that red is the most appetite provoking color, to boot. (Blue is the least — so I’m told.) 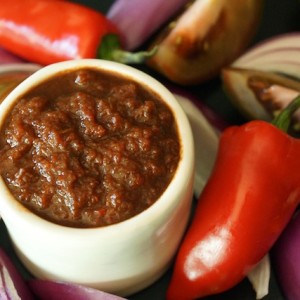 For dressing (and marinade)

To take this from a marinade to a sauce, 15 minutes will be added to the prep time.
Keywords best steak marinades, unique dressings
Have you tried this recipe?I'd love to see it on Instagram! Tag me at @cookingontheweekends or leave a comment & rating below. 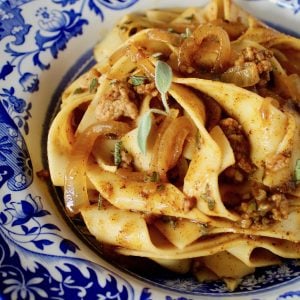